Skip to Content
This site may use affiliate links, and we receive a commission on any purchases made with no additional cost to you. We only link to products we love and recommend.
26527 shares
Jump to Recipe

These soft and fluffy gluten free cinnamon rolls are the real deal thanks to a secret ingredient! Complete with flour recommendations and easy step by step instructions.

Gluten Free Cinnamon Rolls. This is a recipe that has been requested dozens, if not hundreds, of times from our readers. Our family loves cinnamon rolls, and we wanted the gluten free version to be just as good as the regular recipe we used to enjoy.

As you might already know, gluten free yeast breads tend to be tricky. This is because gluten is a protein that is also a binding agent – it is what gives elasticity to baked goods holding them together and allowing them to rise.

Even when using xanthan gum as a binding agent, gluten free yeast breads can be dense and have a gritty texture. No one wants a dense and gritty cinnamon roll, and we don’t think that should be your only option! 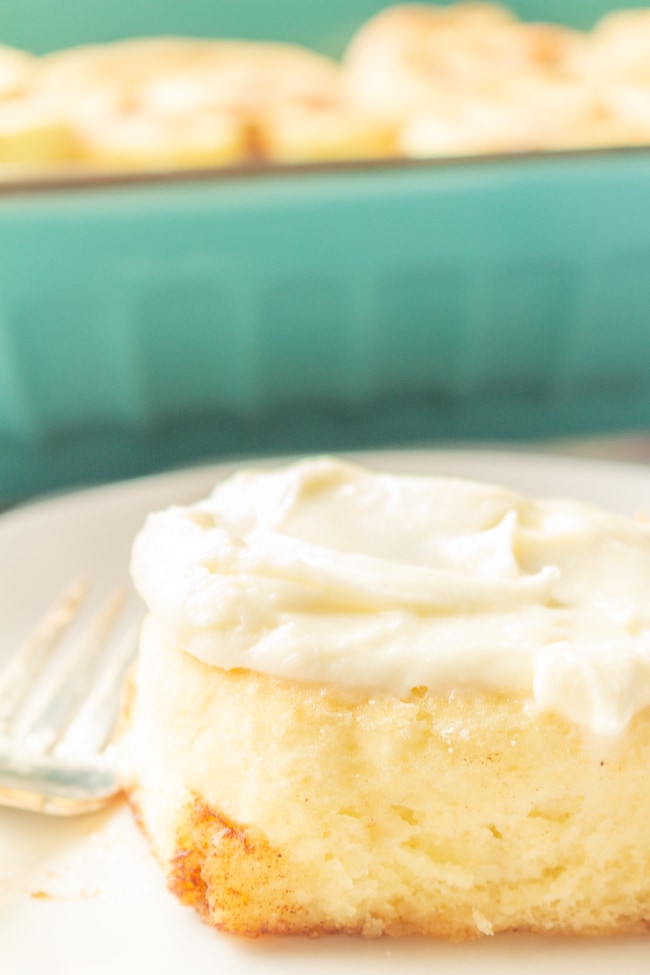 This really is the BEST gluten free cinnamon roll recipe, here’s why:

Here in the Life After Wheat kitchen, we have been baking yeast breads and rolls for over 6 years. We know a lot of tricks to make those taste super good, and wanted to make a gluten free cinnamon roll that also didn’t disappoint. And we did it thanks to a secret ingredient that we are soooo excited to share with you!

This recipe is a combination of many different recipes, ingredients, and techniques. There really isn’t a single recipe that inspired this, and the secret ingredient? That’s completely original. 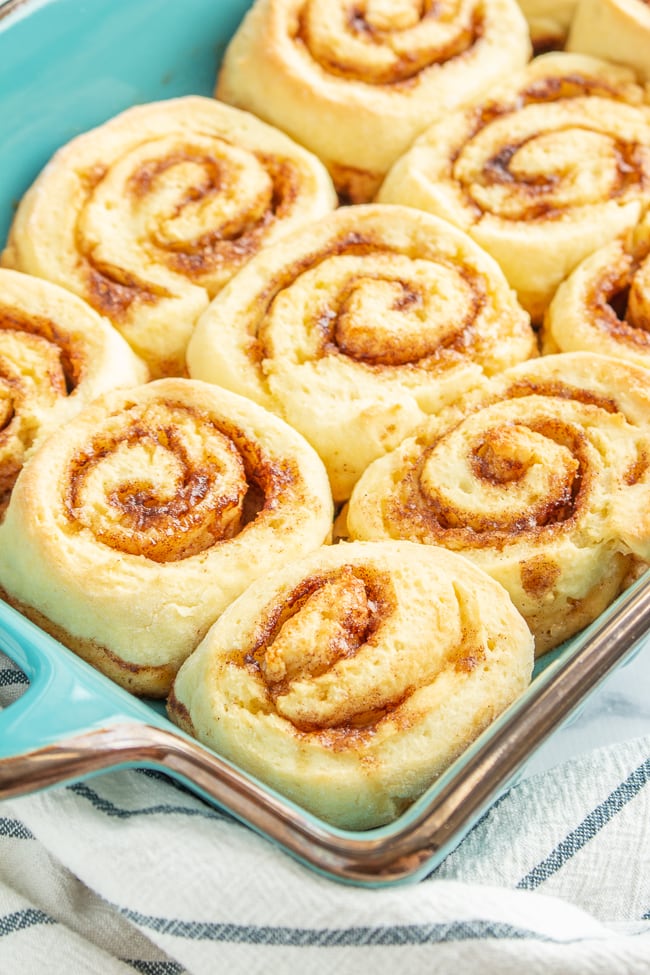 To clarify, you’re not using pudding powder straight out of the box. You’ll buy a package of your favorite gluten free pudding and make it according to the package directions, then measure 1 cup of that prepared pudding and add it to the dough.

Jell-O Instant pudding is generally considered safe by the gluten free community because Kraft is pretty strict with their labeling. We also like Vivian’s Live Again, which is a dairy free and gluten free pudding option. It is harder to find in stores but easy to order online. 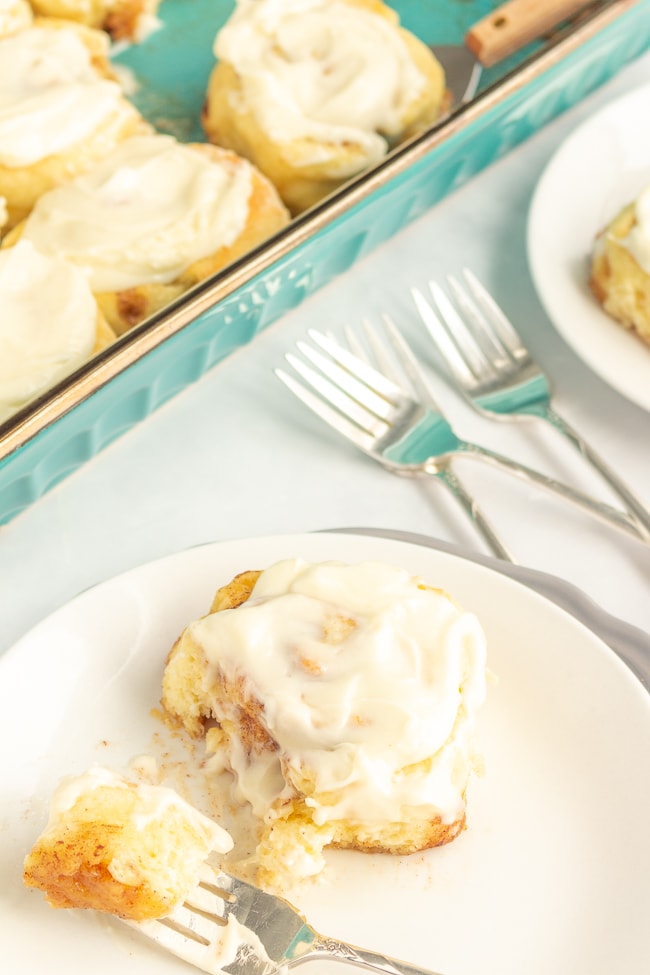 If this is your first time making gluten free cinnamon rolls…

Don’t worry, we’ve got you covered with easy to follow, step-by-step instructions PLUS a video so you can see exactly how to make them. We know gluten free baking can be intimidating, so we’ve tried to make this as easy as possible and set you up for success.

Please read through the recipe and recipe notes, and comment below if you have any questions. We work hard to answer every question that comes through.

Keep in mind that the brand of gluten free flour you use absolutely matters. We don’t know how all the different flours will perform in this recipe, but we can guess because we regular test many of them. We have only used Better Batter for this recipe because it always performs well in yeast breads, so we knew it would work for gluten free cinnamon rolls, too 🙂

More information on flour can be found in the recipe notes below. 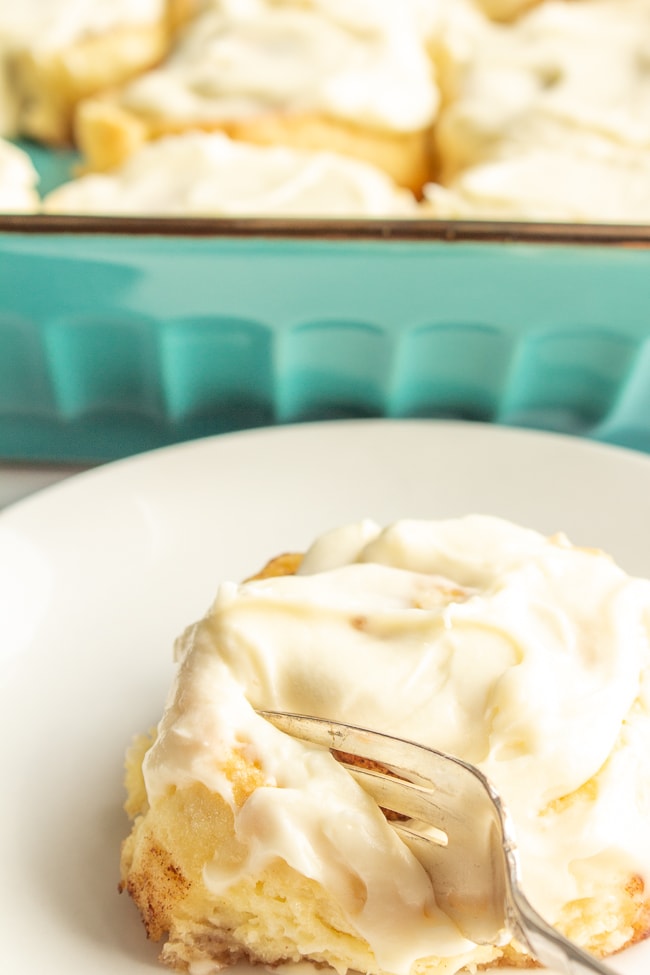 Pair these gluten free cinnamon rolls with an easy-to-make homemade hot cocoa from Flippin’ Delicious for the ultimate weekend breakfast! 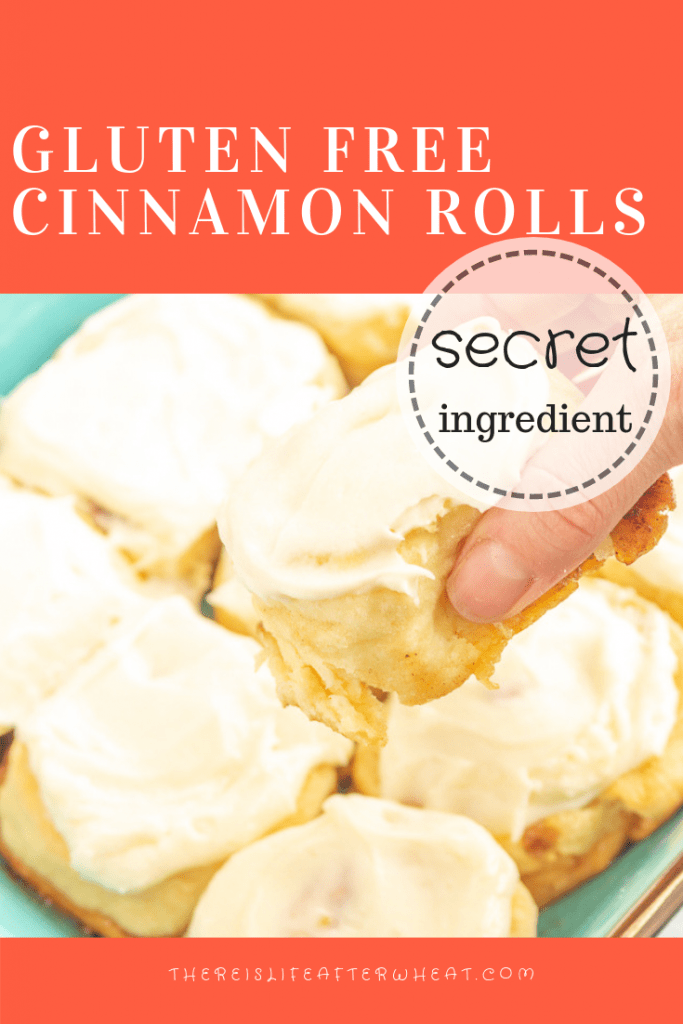 MAKING THIS RECIPE?? Snap a photo and tag @LifeAfterWheat on Social, then come back and leave a comment and/or rate the recipe!

Thanks for stopping by, ENJOY!

XOXO Celeste and the Life After Wheat team

FOR THE CINNAMON SUGAR FILLING

FOR THE CREAM CHEESE FROSTING

All gluten free flour mixes behave differently and will yield different results. I have only used Better Batter for this recipe because it performs very well for yeast breads. It's fairly inexpensive (especially when you catch one of their sales-follow them on FB to catch the sales) and works well for just about every recipe. They in no way sponsor this post, I just like the flour 🙂 You can find an Amazon affiliate link below.

GF Jules should also work well with this recipe, and Cup4Cup or Namaste might work as well.

As an Amazon Associate and member of other affiliate programs, I earn from qualifying purchases.

Did you make this recipe?

This site uses Akismet to reduce spam. Learn how your comment data is processed.

When you recommend a flour, does that mean your own flour mix is NOT a good idea in this recipe? Or is that recommendation for someone who wants to buy their flour and not follow your mix and make it at home? And is this true of other recipes on your site? Will you state if your mix is appropriate in the recipe or if the store bought is better than your mix? In your introductory article you mention making this with your own mixture but then in the recipe it only recommends store bought brands. Thank you SO much for all your research and work on these recipes!!! I've only tried one so far but it was wonderful! I'd like to try more but would prefer to make the flour to save money, if that is possible.

Hi Donna, great question! I know that my flour blend works great for all yeast breads/rolls. In the past few years, I have just used pre-made blends like Cup4Cup for other types of recipes so I can't be so sure, but it really is a good 1:1 sub.

Thank you so much for the cinnamon roll recipe! My mom and myself have been gluten free for the last 39 years and have never had cinnamon rolls turn out as well as these! They have been a Christmas breakfast favorite for a few years now. I usually make these the morning of but this year I'm going to try your make ahead suggestion so that we have them tomorrow morning for Christmas breakfast. Merry Christmas!

Merry Christmas Clarissa! I'm so happy you and your mom are enjoying a favorite tradition again.

Do you think vanilla yogurt could be used instead of vanilla pudding?

I haven't tried it and recommend sticking with the pudding.

Hello! I want to make these and really want to see the video since there are so many comments about the dough being the right consistency, but I cannot locate it. I've looked on desktop and on mobile, at the top of the post, a few paragraphs down, and on the recipe card and it seems to be gone. Do you have a link to it on YouTube or somewhere that I can use? Thank you!

So sorry, I had a technical error which is fixed now. The video is toward the top of the page, but you can also view the YouTube video here: https://youtu.be/AJI9yeeX3SY

Celeste, I cannot believe you respond to each comment, I'd lose my mind on some of these needy people. Good grief. Seriously, it's a free recipe, people have no right to make demands of you but you handle it with grace. Well done. Looking forward to making this today. And, great idea adding the pudding!

It's a challenge sometimes, but I love what I do and every time someone enjoys a recipe it makes it all worth it :)

This site uses Akismet to reduce spam. Learn how your comment data is processed.

I'm Celeste, and I'm here to help you find gluten free recipes and products that actually taste good. My recipes use simple ingredients and have easy, step-by-step instructions so you can get back in the kitchen and enjoy what you love again. 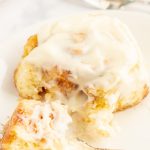 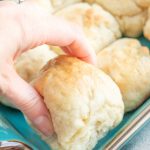 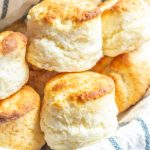 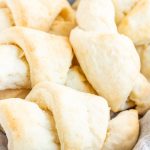